Are We More Racist?

Meaningful discussion is hard to come by these days. We are invalidated before we open our mouths.

In a quest for more thoughtful tools, I've thought back to the Revisionist History podcast called The Lady Vanishes, which was broadcast long before the election. This is more about the concept of moral licensing in the context of women artists and leaders, but it is more relevant to me in thinking about Obama, race and what I consider jaw-dropping xenophobia coming out of the new President.

This blog post gives more resources on the topic: Masculinity, Inequality, And The 2016 Presidential Election.

Concise summary of moral licensing from the blog post:


...when people are presented with the opportunity to demonstrate that they are good, moral people, they are more apt to follow that opportunity by expressing support for inequalities that they might otherwise not be willing to admit to. That is, given the opportunity to demonstrate that we are “good” people, we’re more likely to engage in “bad” behavior. Social psychological research discovered that, for instance, we’re more likely to support racially prejudiced views after having been primed with an opportunity to say that we’d be willing to vote for a Black presidential candidate. When we demonstrate “good” moral qualities publicly, we feel more justified in supporting systems of inequality in public ways, too.

I think about this every time I read something on race these days.

No, no, no! Absolutely no way in hell can she say the Trump campaign "litigated this all through the election, people didn't care". I want to see Trump's taxes! Words matter and conflicts of interest matter and if this becomes a partisan issue, we are absolutely a entering a world of no accountability. Transparency is needed to demonstrate that there are no serious conflicts of interest.

What he said many, many times is that they would be released once the audit is through. I am a patient man and, while I disagreed with his logic during the campaign, I have to accept that people voted for him without needing to see these prior to voting. But at no point did I hear anyone say that the election was meant to decide if people wanted to see them.

I am heartened to see that it has three times the signatures required in four days to get a response. Your Voice in the White House to let your opinion be heard.
Posted by Pavlusha34 at 3:00 AM No comments: 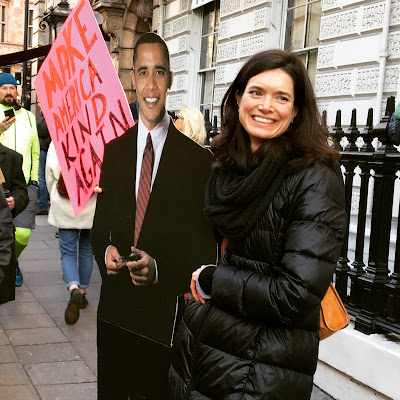 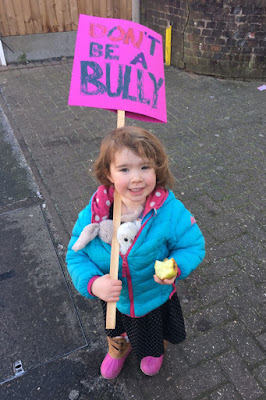 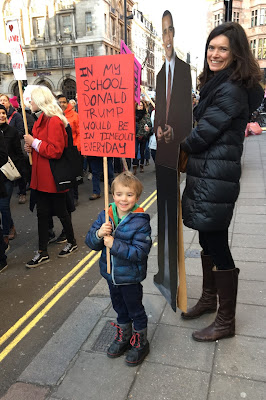 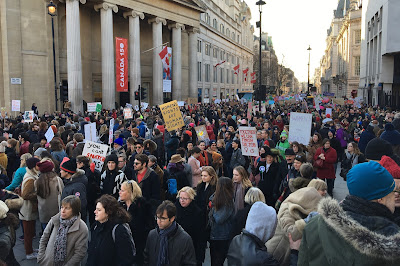 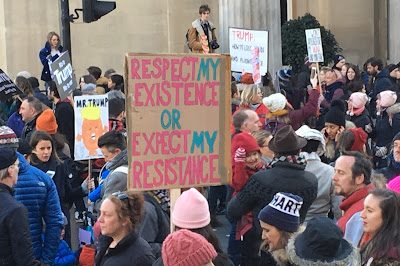 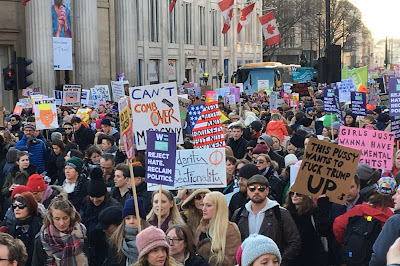 The New Yorker Politics and More Podcast continues to have great discussion. This is a great exchange, particularly the discussion on whether to resist Trump in The Power of "No" (@08:24).

Jelani Cobb: One of the things that has been notable to me is that when Chuck Schumer talked about the areas that Democrats could work with Trump...

Dorothy Wickenden: And Sanders too, has indicated this to the rage of many of his followers...

JC: ...I think if was a little bit alarming because, in the kind of ethic of saying "everyone should be given a chance" -- that seems to function as if this is a normal political situation and I think it is anything but that. And finding areas in which you can work with the Trump administration, it seems almost as if you would reward bad behaviour and thereby possibly make it more entrenched.

DW: Democrats were outraged by Senator Mitch McConnell's successful plot to thwart Obama's legislative agenda from 2009 on. It just work in the House and the Senate. Should Democrats become the party of "No"?

JC: I don't think it is so much the Party of No, because I don't think that Barak Obama and Donald Trump are analogous. I think we are look at something that is of its own kind and there is a real kind of concern -- Do you work with someone who has flouted the norms of releasing your tax returns? Someone who has politically mainstreamed white nationalism? Someone who has spoken in really troublesome and problematic ways about women and has a slate of really questionable views? I don't think that winds up being the same thing as obstructionism.
Posted by Pavlusha34 at 11:57 AM No comments: