Some people described the Supreme Court upholding the mandate as one of those decisions that change the future of a country. That's true no matter what one's opinion on the issue. But look at how different media outlets displayed the news as it was announced. Wonder how many historians will remember the importance of "Fast and Furious"... (Even the UK's Telegraph knew Balotelli was a better picture than Obama or Holder.) 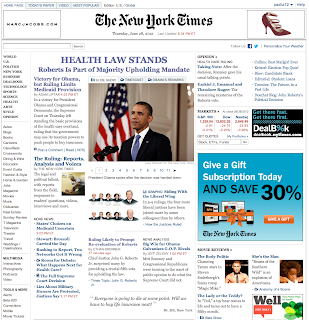 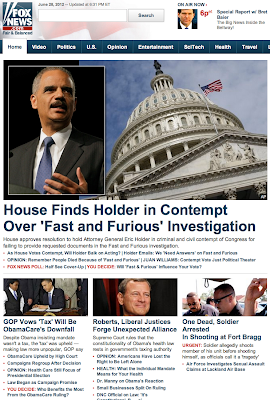 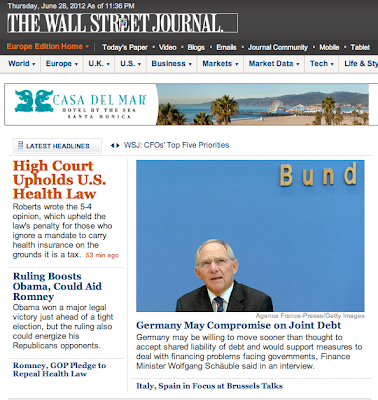 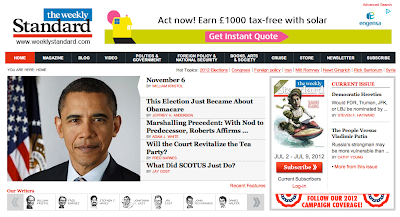 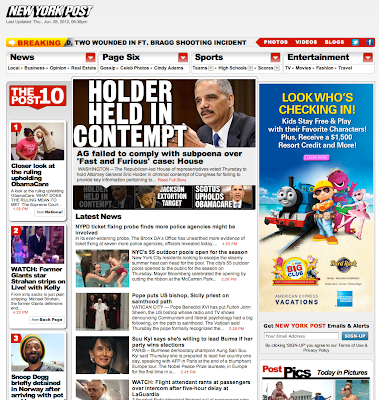 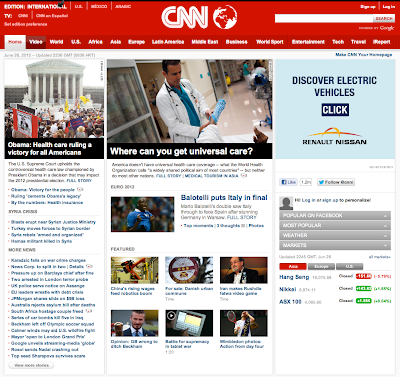 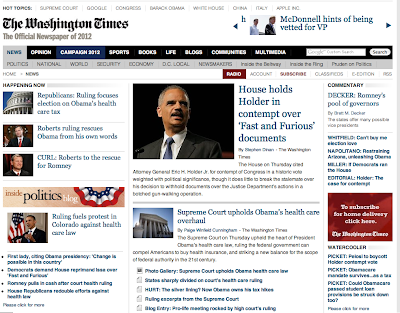 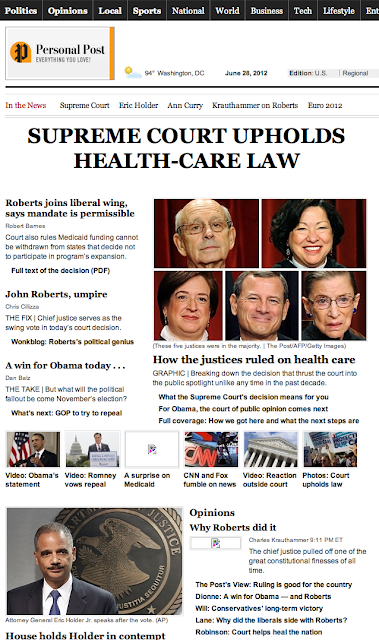 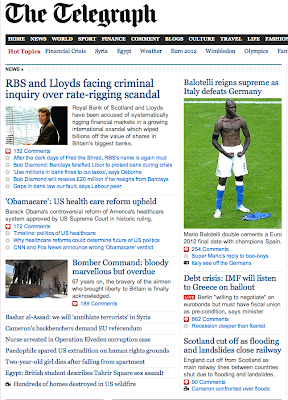